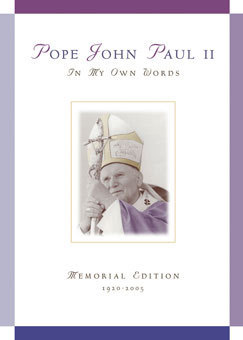 Providing inspiration from the man whose advice and insights have touched the hearts of millions, this collection of quotations and prayers reveals Pope John Paul II in his many roles: as teacher, pastor, poet, leader, lover of all humanity, and follower of Christ. In this book, the pope addresses everything from the search for truth to the wonder of love, from the holiness of the family to the responsibilities of the priesthood, and from the miracle of life to the mystery of the Incarnation. His words reveal the compassion, joy, and wisdom born of his more that fifty years as a servant of God. 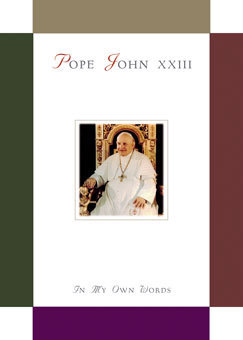 Providing inspiration from the man whose advice and insights have touched the hearts of millions, this collection of quotations and prayers reveals Pope John XXIII in his many roles as reformer and as proponent of a new spirit of openness in the Church. Though he served as pope for only five years, the changes in the practice of Christianity that he set in motion, as well as the atmosphere of open dialogue that he supported, have revealed him to be one of the most influential people of the century. His boldness in opening the windows of the Church to an air of change and his outspoken quest for peace will continue to renew the Church in ways that no one is likely to foresee. Compiled from his books, encyclicals, retreat notes, personal letters, anecdotal accounts, newspaper reports, speeches, audiences, and radio addresses, Pope John XXIII: In My Own Words shows the true humanity of the pastor and shepherd of the universal Church whose warmth, sincerity, accomplishments, personality, and holiness will long be remembered.